In 1946, the architect Hans Bernoulli wrote, “ There must be something wrong with the land and ground ” ; [1] Aldo Rossi referred to this sentence 20 years later, and it still seems valid. Today, increased attention is given to the so-called land issue in the context of rising rents and land prices. My dissertation concerns questions of land, parcelling and ownership and reviews a time when land was already described as a scarce, in-demand commodity.

At the turn of the 20 th century, land speculation was used to examine the spatial effects in the new discipline of urban planning. In the context of ongoing urban expansion, a discourse on the division of land emerged, leading to interest in related technical and geometric problems. These problems were discussed in, for example, the writings of Reinhard Baumeister and Hermann Josef Stübben. In contrast, another view emphasized the artistic aspect of urban planning, which is evident in Camillo Sitte’s 1889 Der Städtebau nach seinen künstlerischen Grundsätzen, in which he argues that existing structures, property boundaries and the characteristics of the landscape must also be considered. This approach would not only lead to a more efficient process regarding future urban expansion, but, above all, to a more beautiful city. There was thus a call for an aesthetic change in urban design.

My dissertation examines this discourse in relation to technical and aesthetic matters in the theory of urban design around 1900. It is dedicated to Sitte’s position on the spatial consequences of land division and ownership. By juxtaposing selected urban planning theories, in addition to the works of Camilo Sitte, those of two other major figures are also explored:  the architects Bernoulli and Theodor Fischer. Based on an analysis of prominent topics in urban  planning and design in the context of the urban expansions around 1900, the dissertation also discusses the designs of the three figures with regard to the spatial effect of the plot as an ‘invisible’ element of the city.

My work is based on comparing theories and projects; it considers the plot as a space-building element whose design demands more attention today, much as it did as more than hundred years ago. The work first summarizes the relevant urban design theories related to land and parcelling – a gap in the literature whose investigation could lead to a revised systematization of the urban planning and design literature from around 1900.

It is only the spirit that matters, writes Theodor Fischer in 1901, and this has to be brought out.[2]  In this sense, my work traces the impact of an entity with an ambiguous character – the plot – an element through which architectural space can be defined. 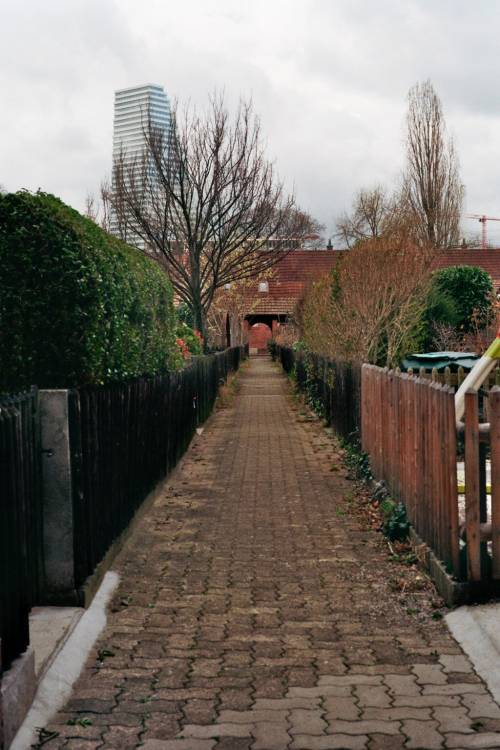